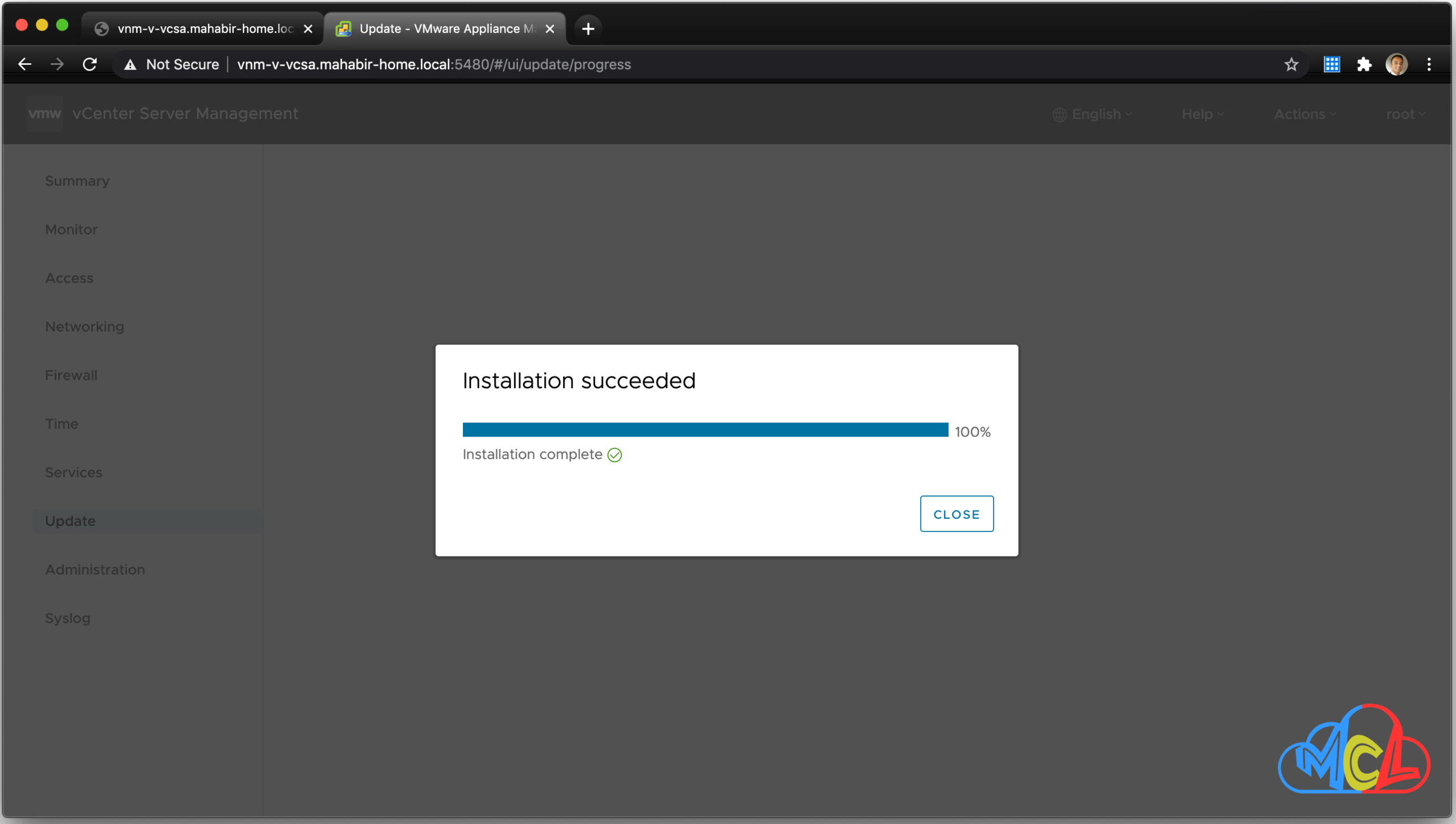 On March 9th, VMware released their latest version of vCenter Server: 7.0 Update 2 Build 17694817. This 7.0 U2 release comes with many new and updated features related to Lifecycle Management and Tanzu. In this post, I will not only provide details on all that is new in this release but also show you how I performed my own vCenter Server 7.0 U1 to 7.0 U2 update. It’s quite easy!

The following is the complete listing of all new features:

Checkout the VMware vCenter Server 7.0 Update 2 Release Notes in case you are interested in the Resolved Issues, Known Bugs or Product Notices.

Updating VMware vCenter Server from a previous version, such as 7.0 U1, is quite easy: whenever updates become available you will be prompted by a blue bar on top of the GUI of your vCenter Server Appliance. When clicking on “View Updates”, you will be redirected to the “Update Planner” section and presented with the available vCenter versions available for updating. In this case, the version concerns 7.0.2 Build 17694817 with release date 9th of March, 2021. It is quite convenient as the additionally provided information states what type is involved (“update” or “upgrade”) and whether a reboot is involved. A link to the release notes as provided by VMware is also available.

Do backup your VCSA before proceeding with the actual update steps because in IT world something could always go wrong forcing you to revert to a backup. For these types of updates, I always take a VM snapshot of VCSA that will be deleted afterwards when everything has tested successfully. 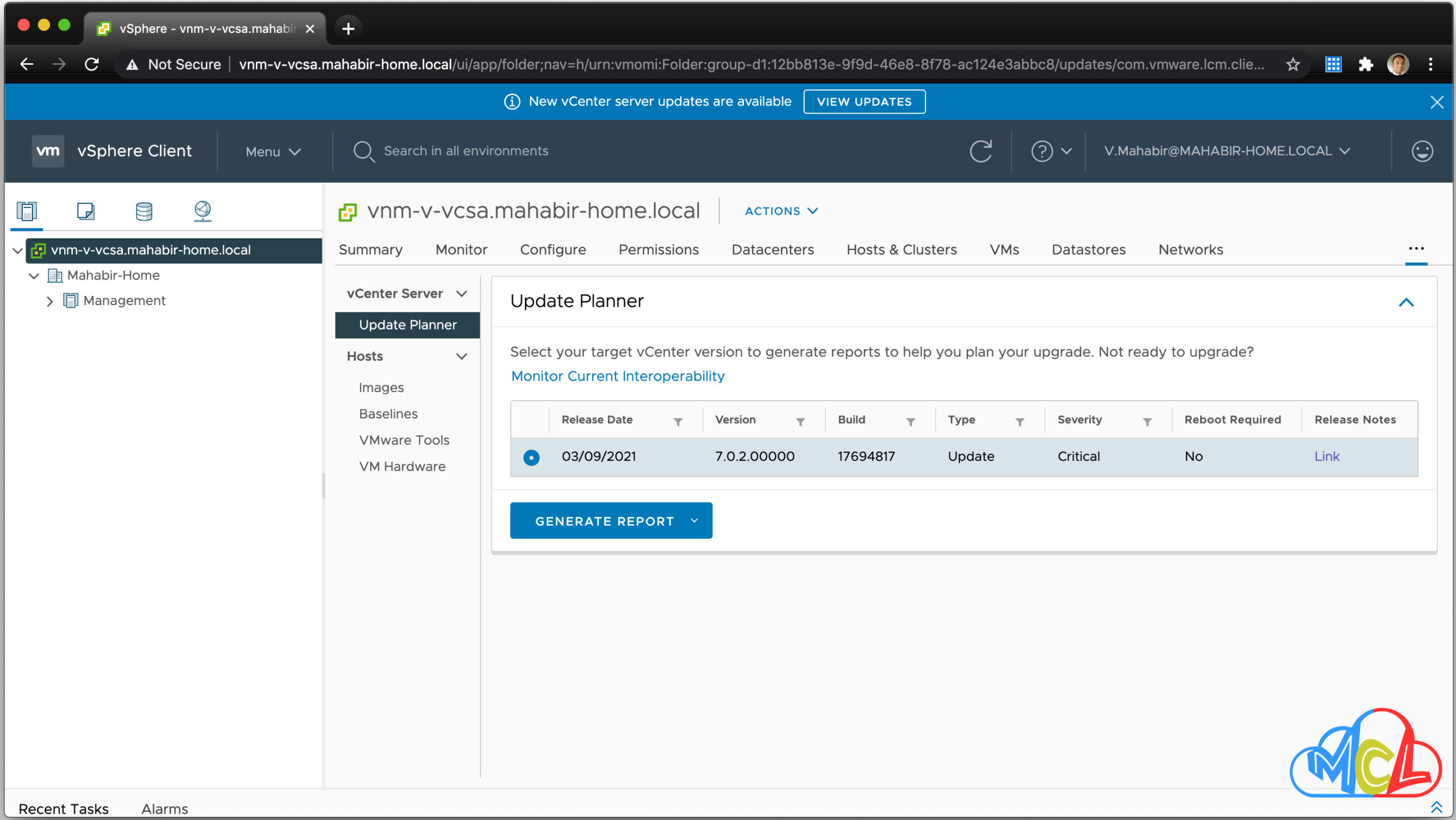 When clicking on “Generate Report”, you will have the option to execute “Pre-Update Checks” ensuring your system is ready for this update. 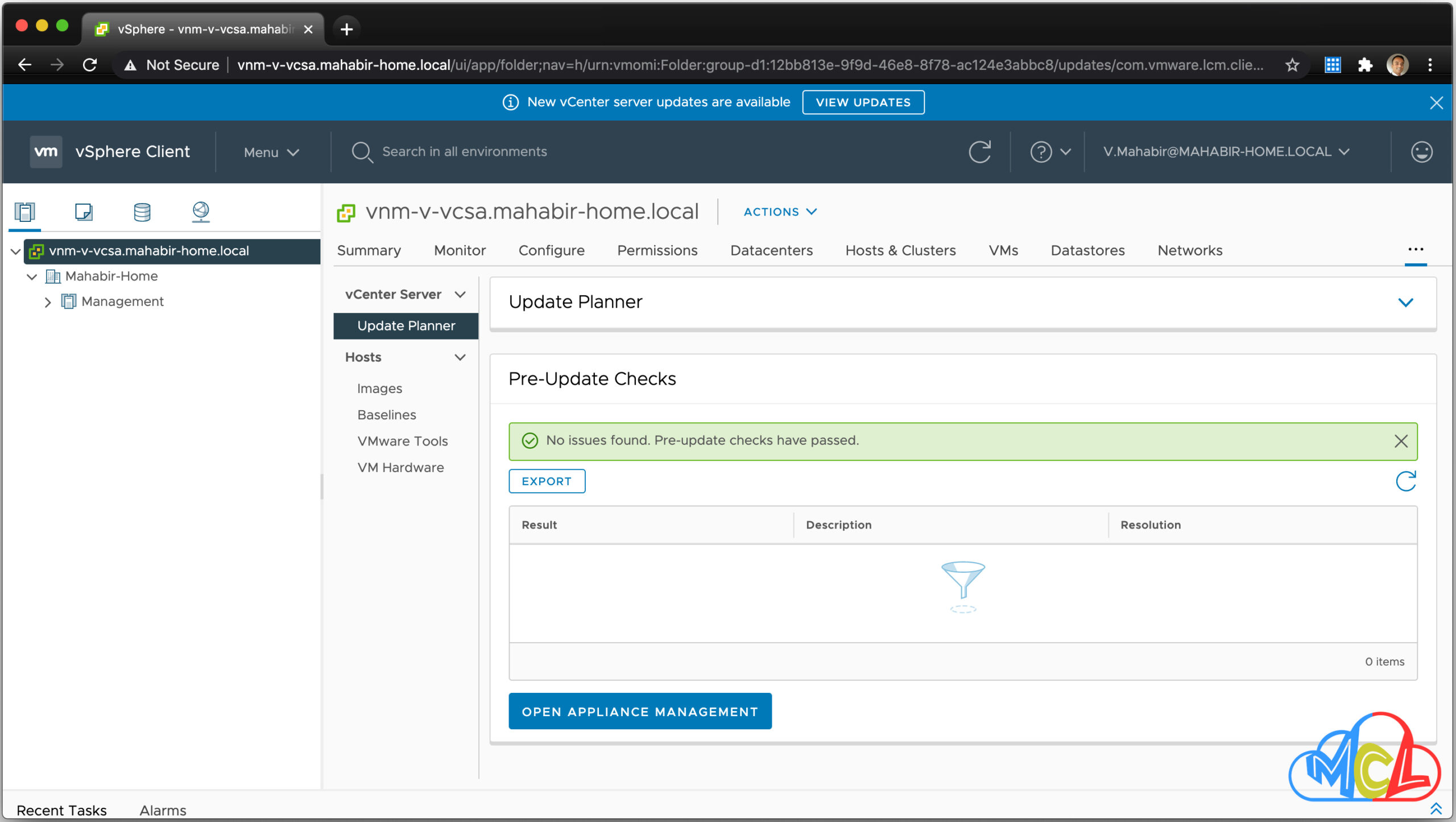 The next step is to click on “Open Appliance Management”, which will open a new window towards your “VAMI” available on your VCSA with port number 5480. Once logged on, navigate to “Update” in the main menu to see you current version and again the newly available version 7.0 Update 2. Do note that the “estimated downtime” is always calculated as being quite high. On average, such updates do not take longer than 30 minutes in practice. 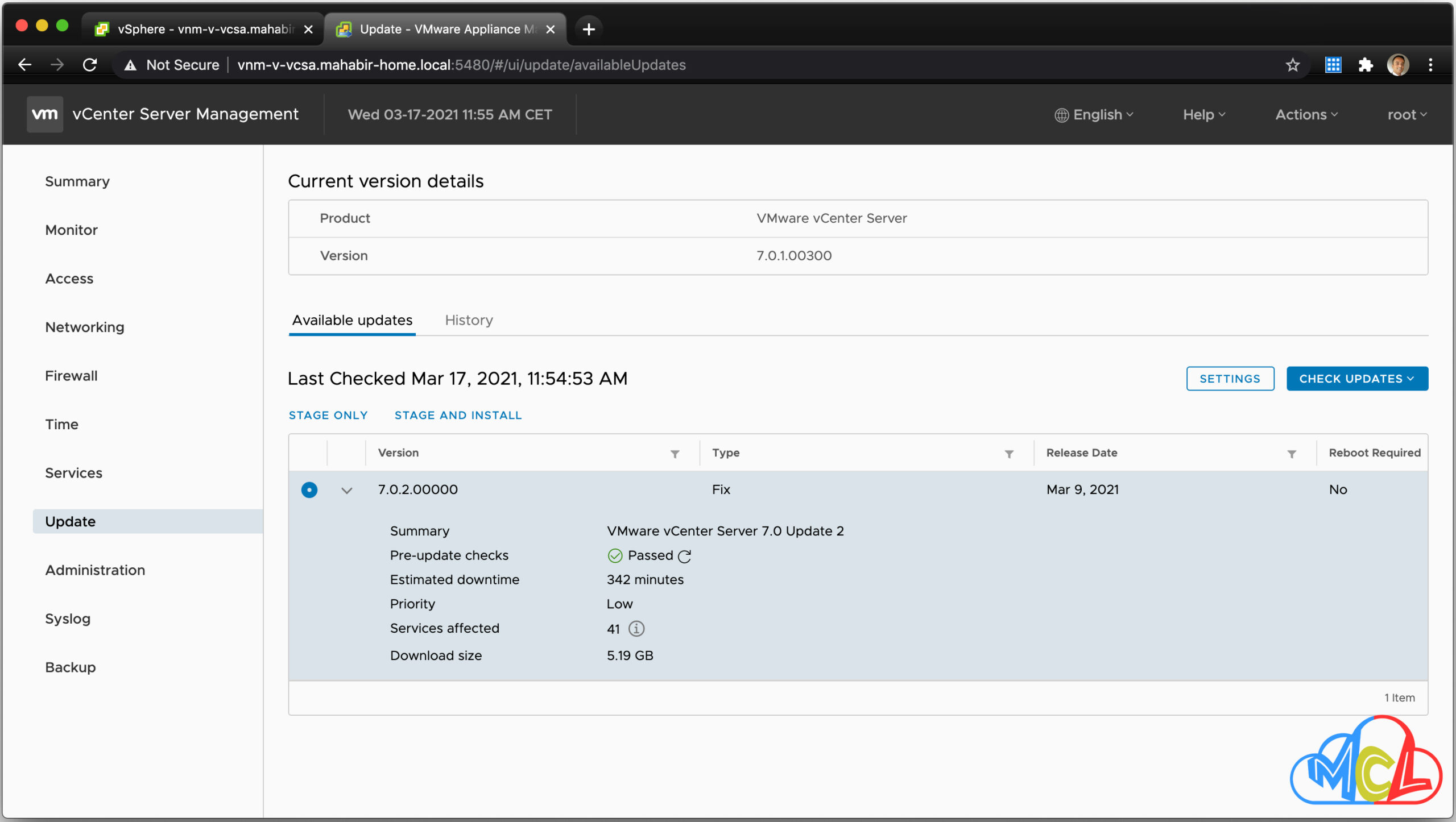 You have the option to “Stage Only” and “Stage and Install” where the latter will download and start the installation in one go. The first option only downloads the update for installation on another (perhaps outside business hours) installation time.

When clicking on “Stage and Install”, you will be presented by a simple update wizard asking you to accept the EULA, your SSO password, join the CEIP and confirm your VCSA backup. The latter is quite important as I mentioned before and the wizard will not let you continue without explicitly stating that you have taken care of this important step. 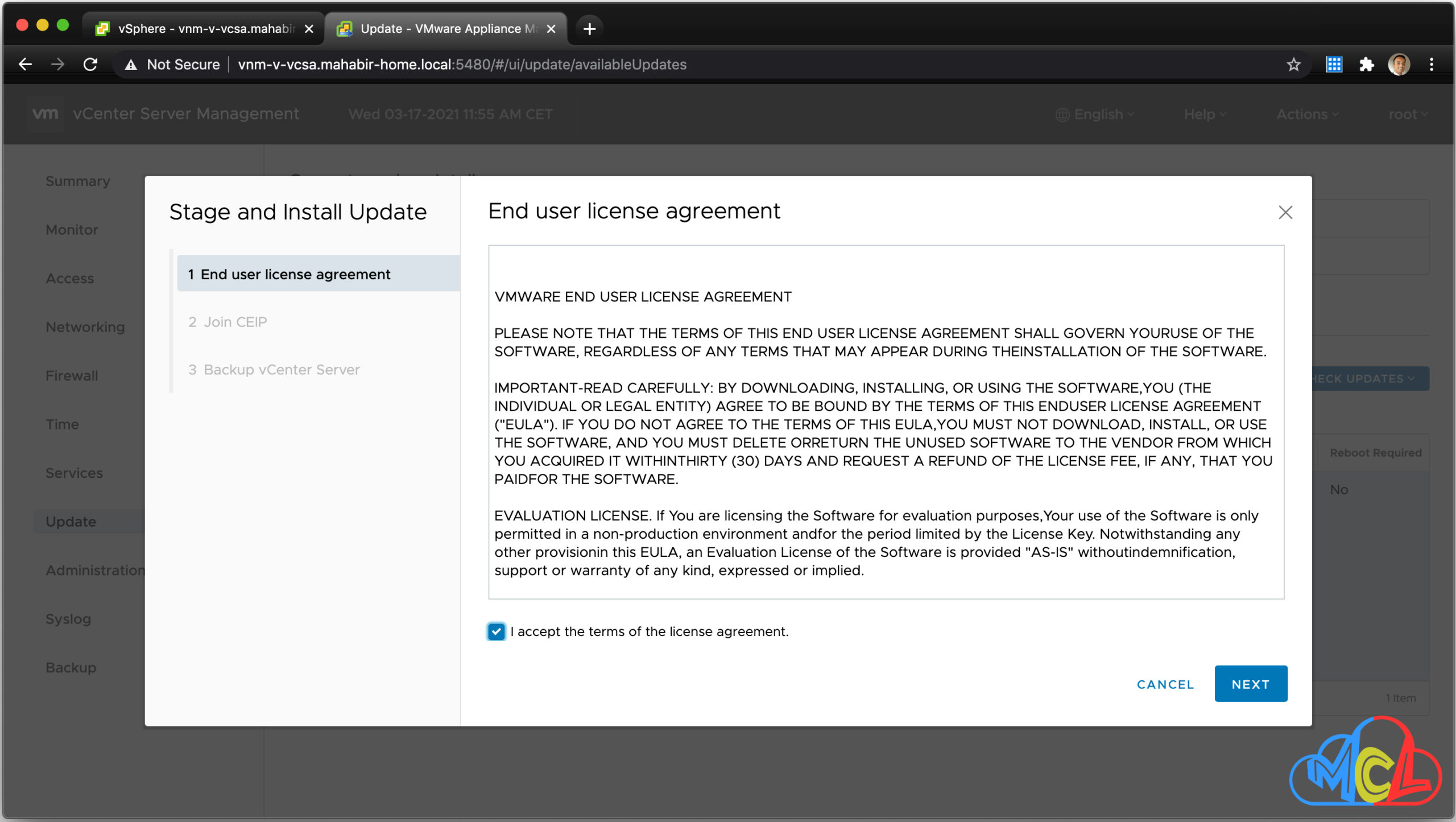 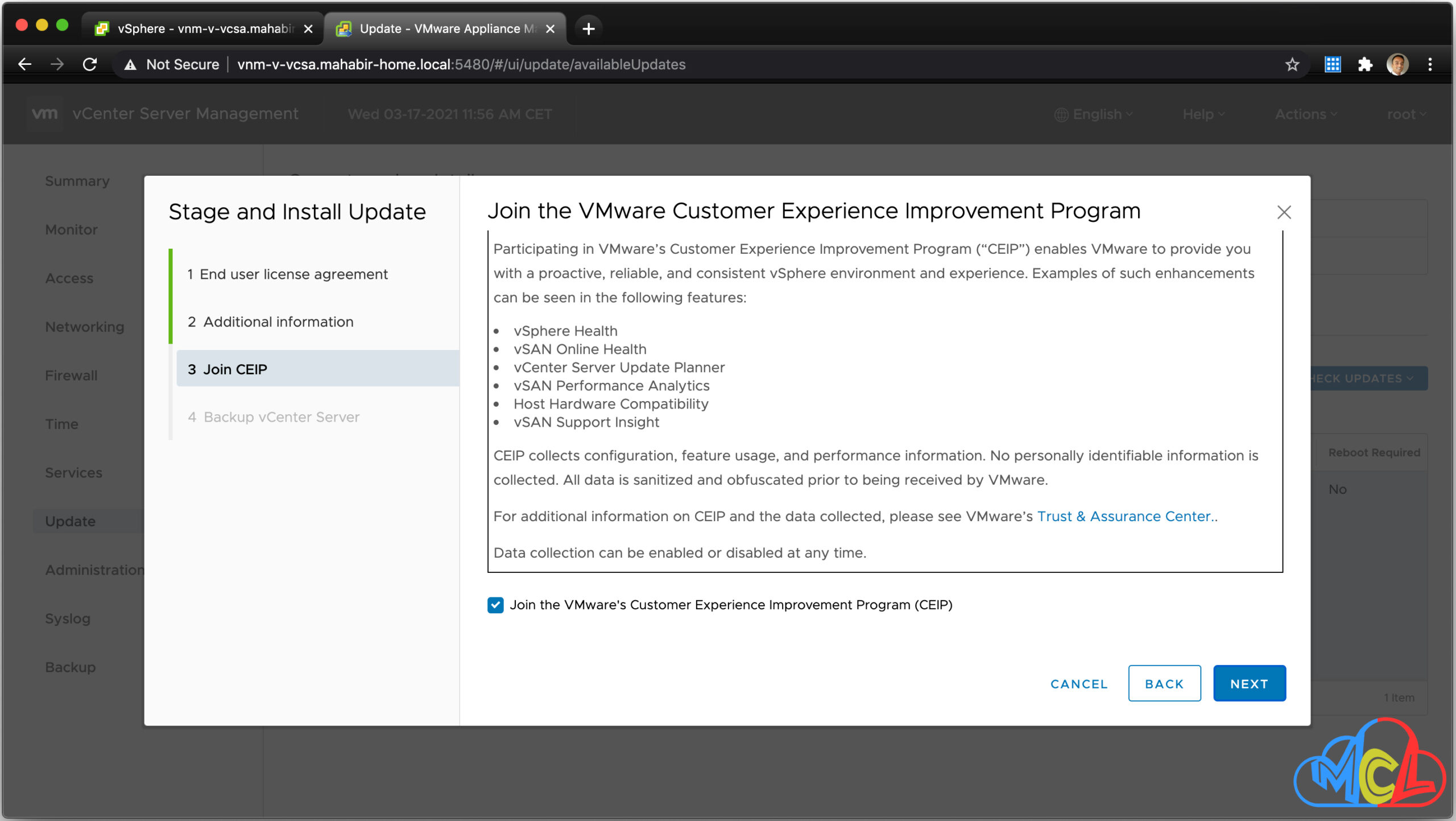 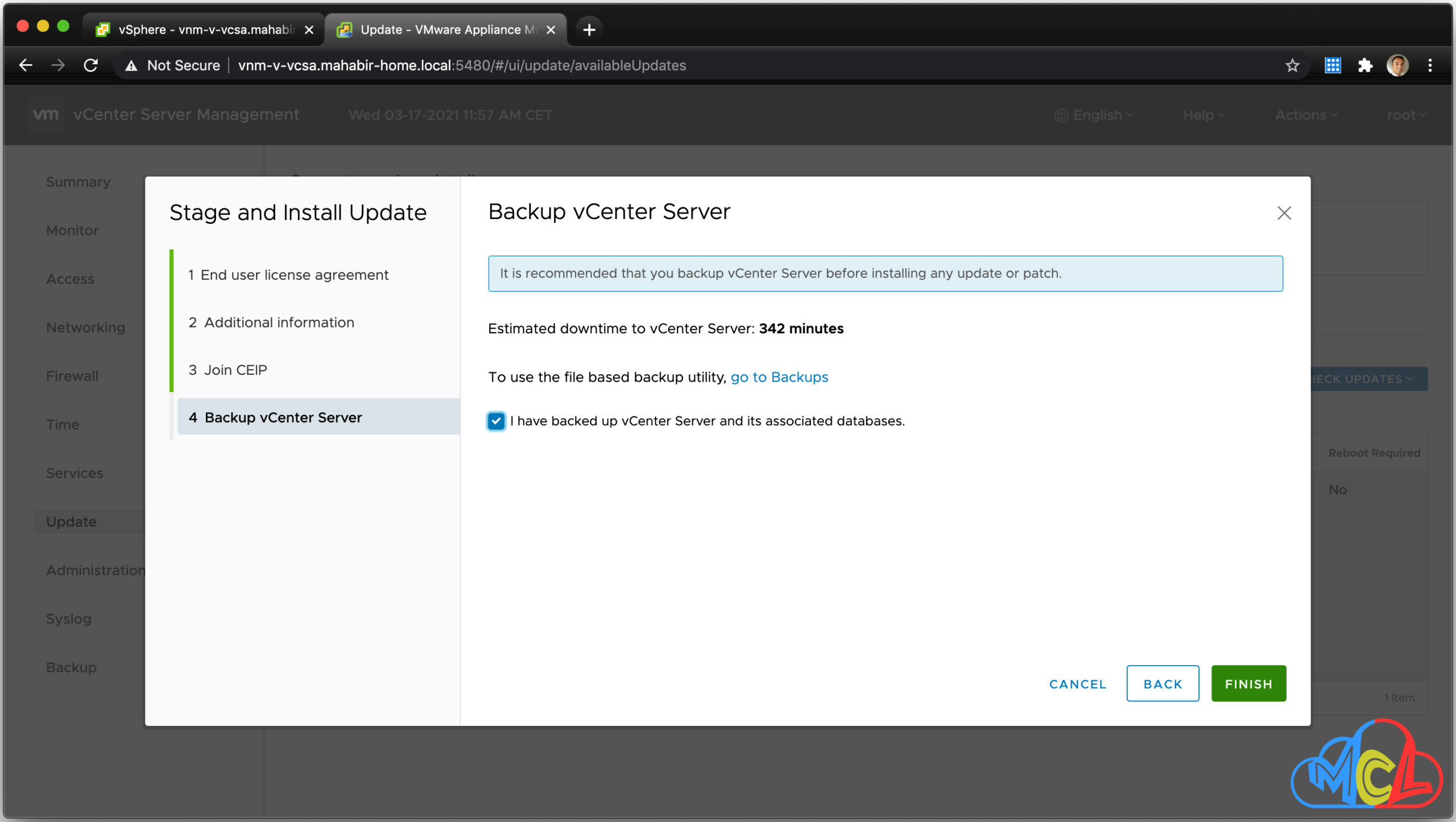 When you hit that “Finish” button, the update process start by downloading the required .rpm files from the VMware repository. 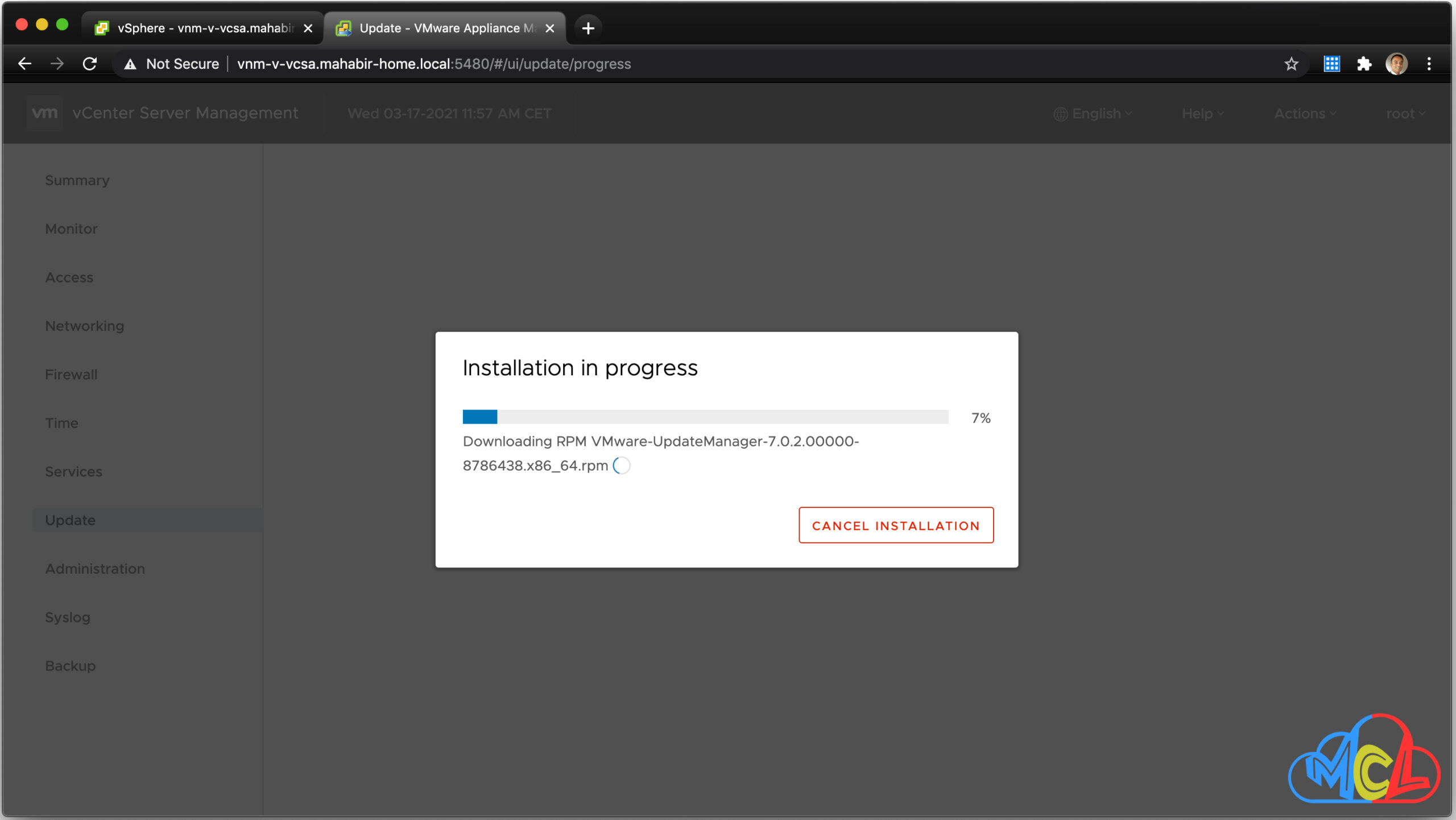 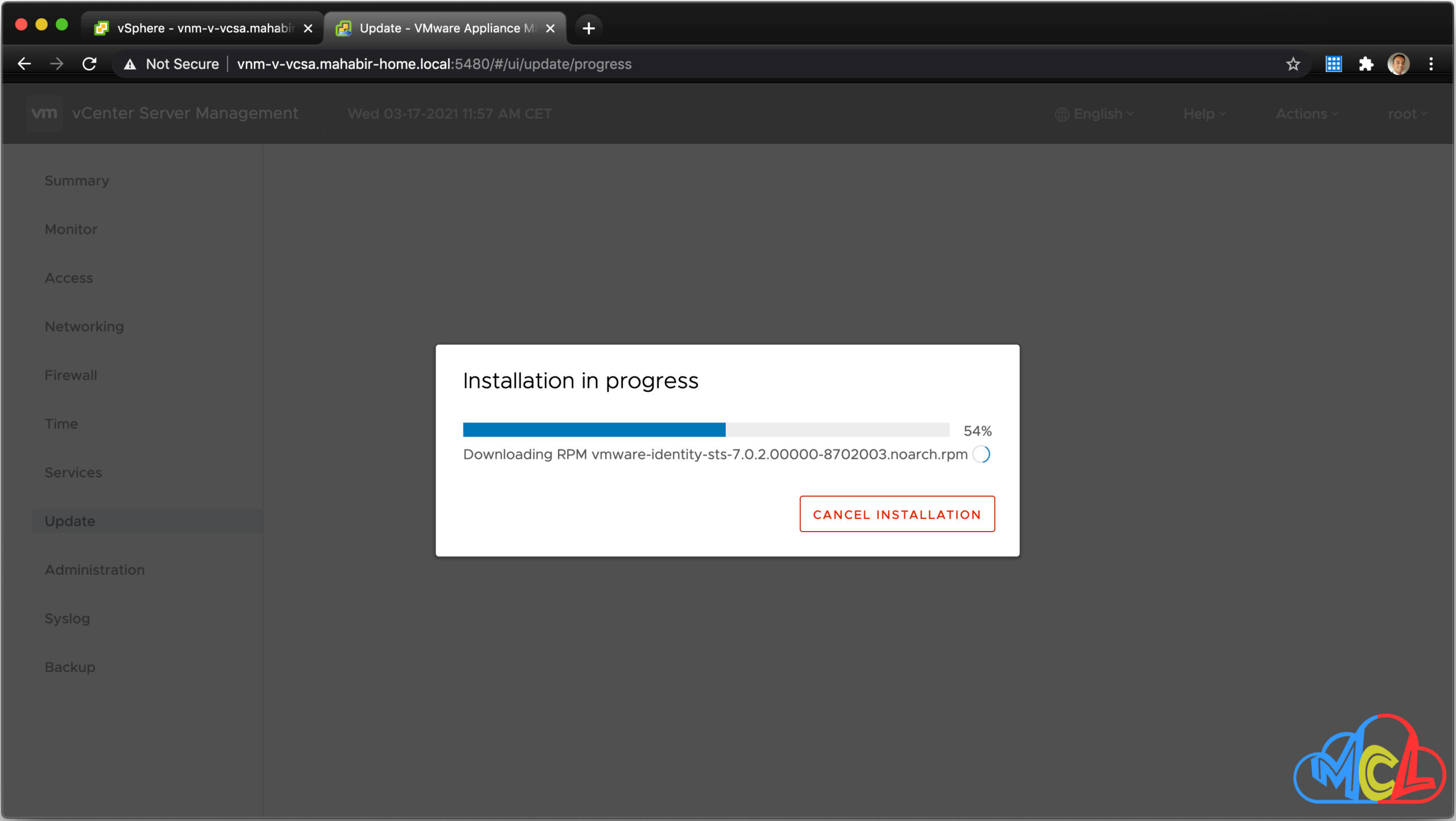 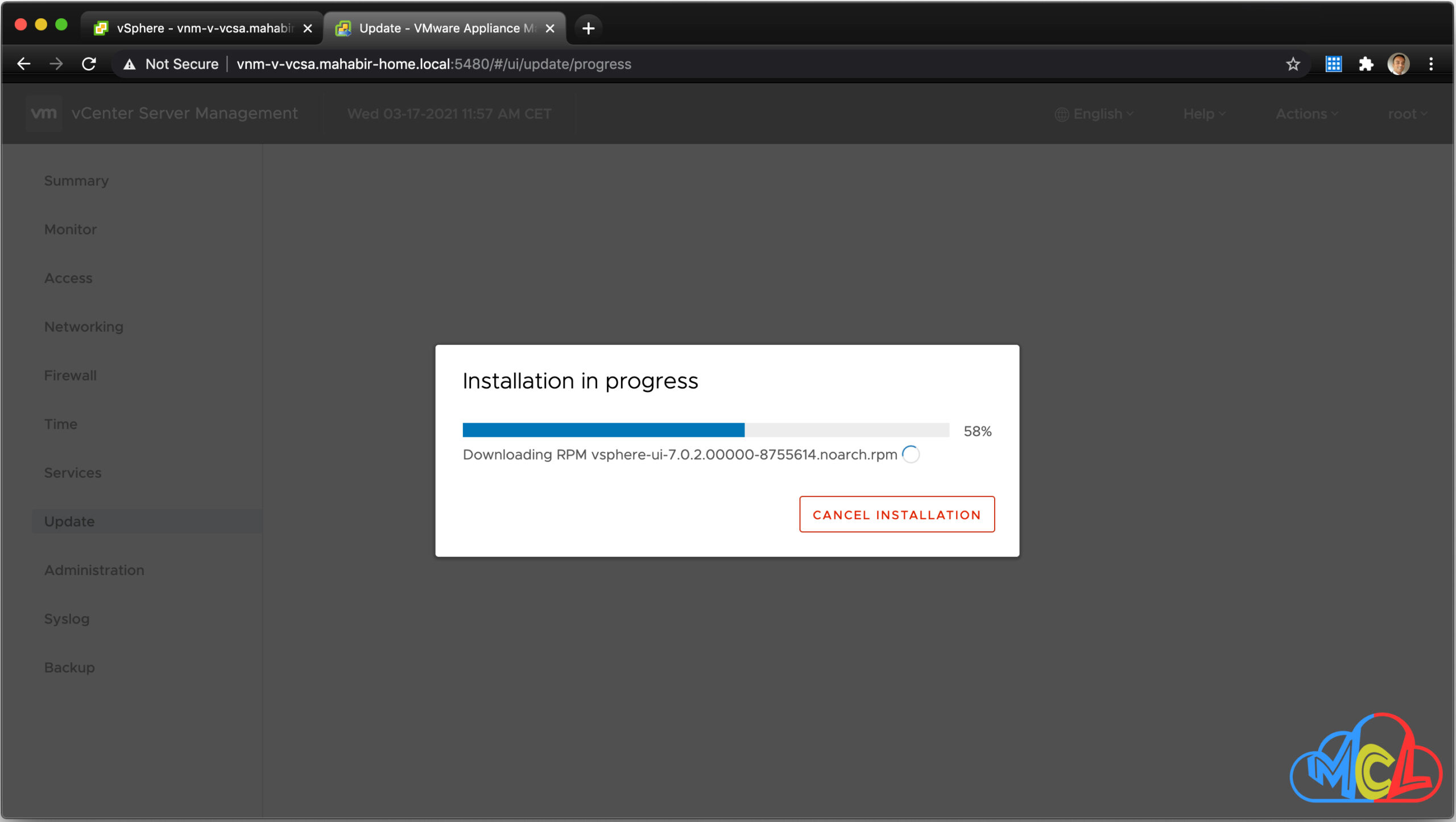 When downloaded, another pre-check and test is executed ensuring there are no blockers before actually moving forwards. 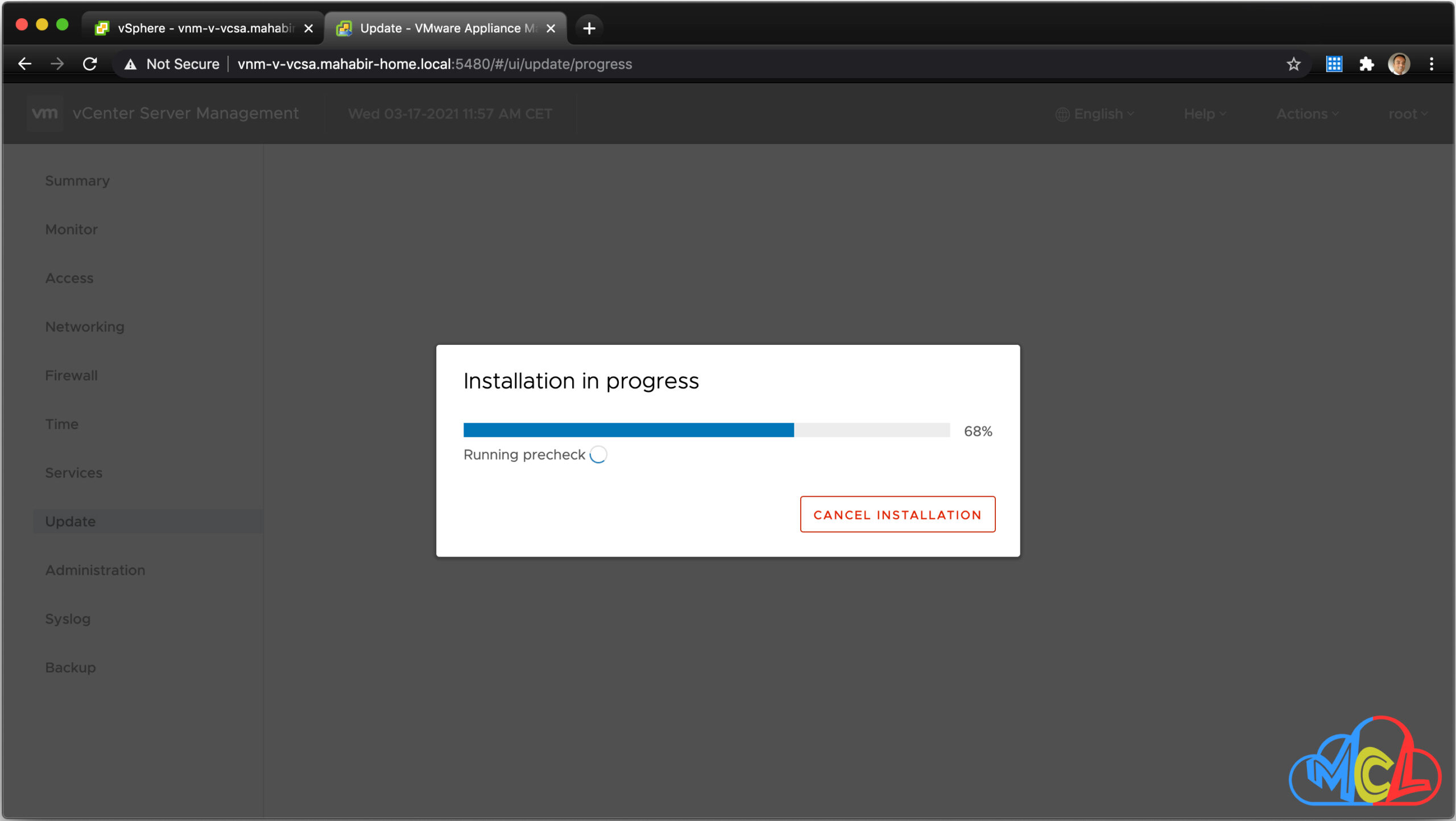 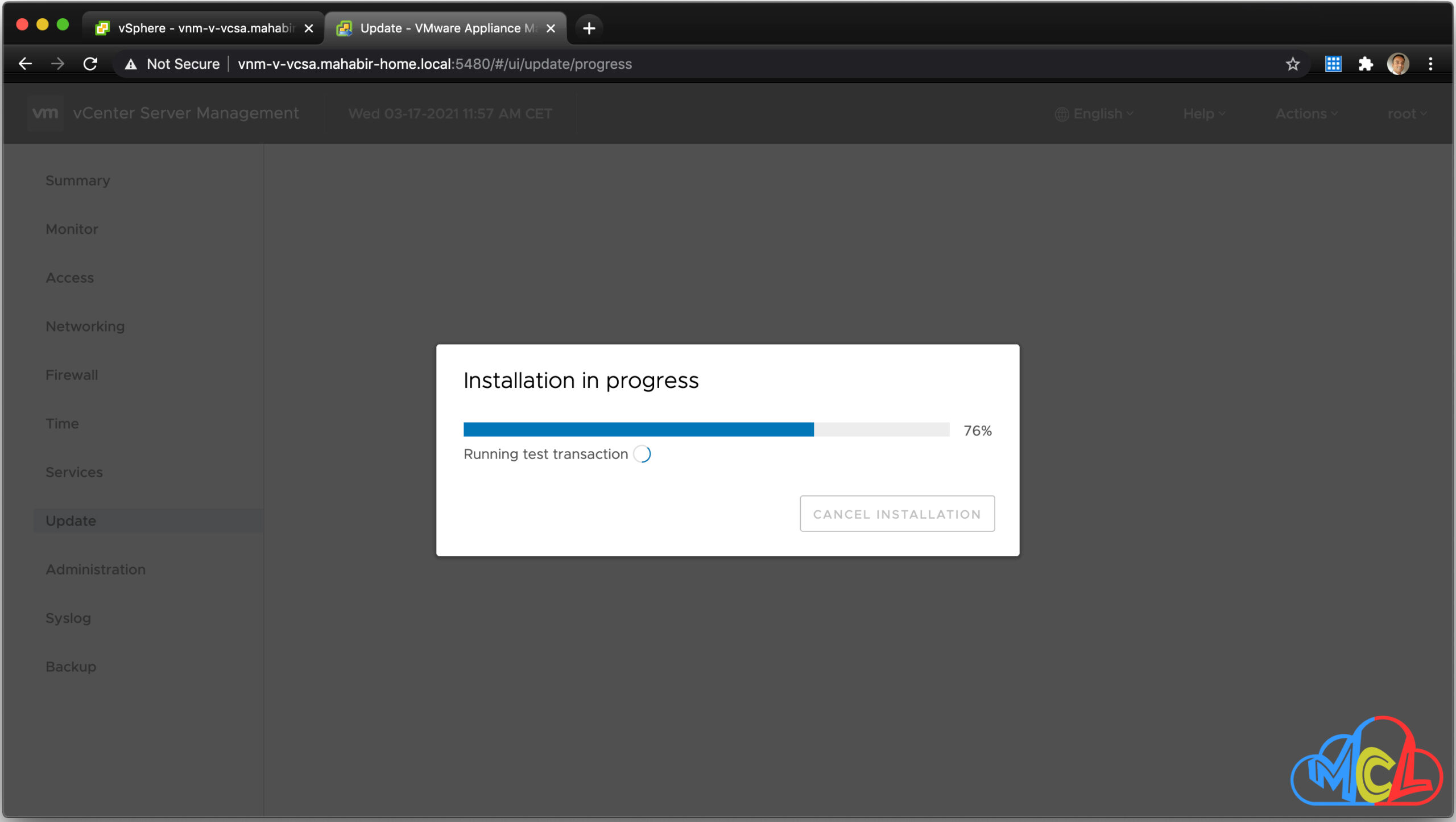 Next, the VCSA services are stopped allowing those to be updated accordingly. It goes without saying that your VCSA will become unavailable at this point for other administrators. 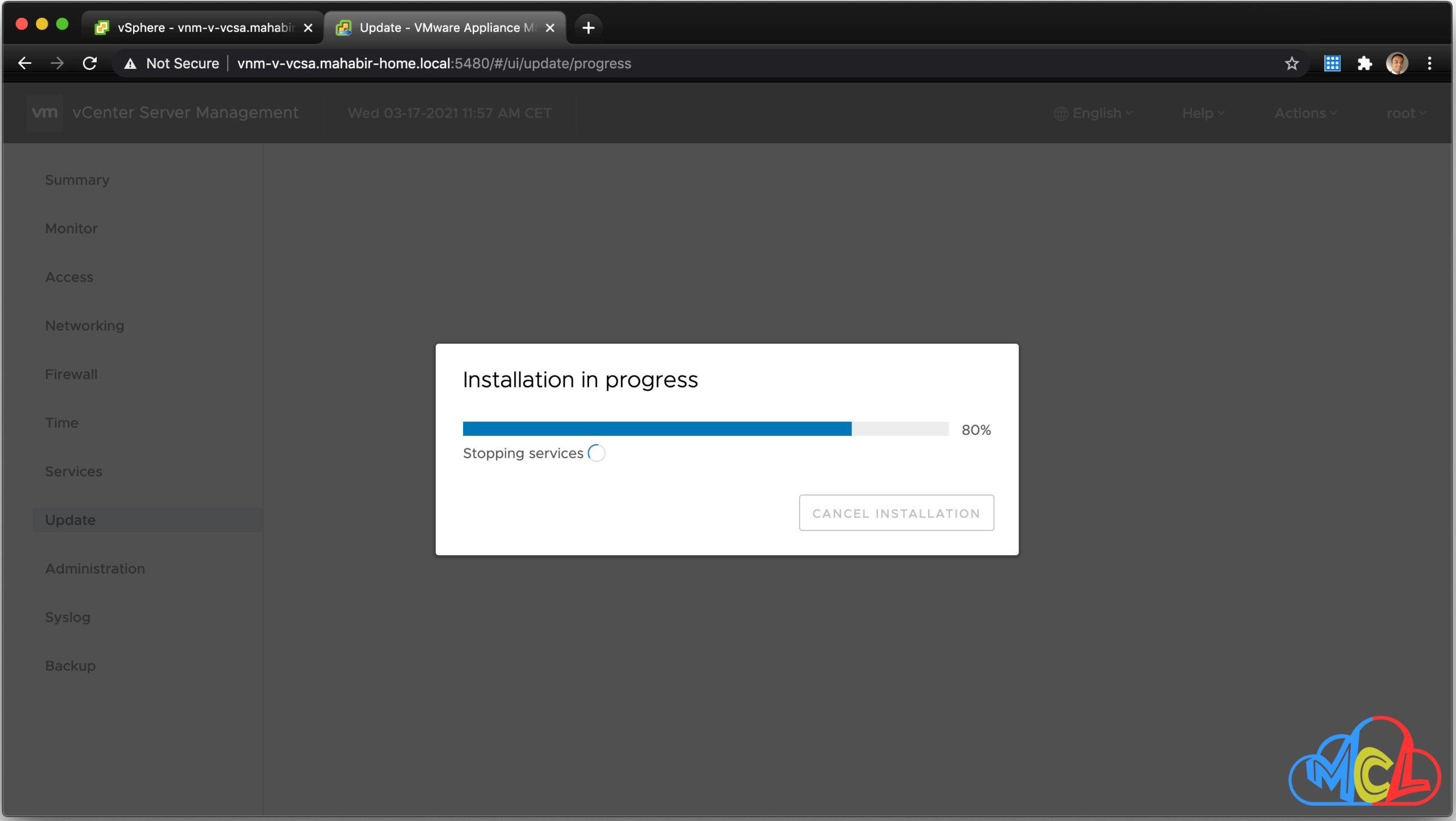 The scripts are being extracted from the downloaded .rpm files, subsequently installed followed by data conversions: this is the actual update process. 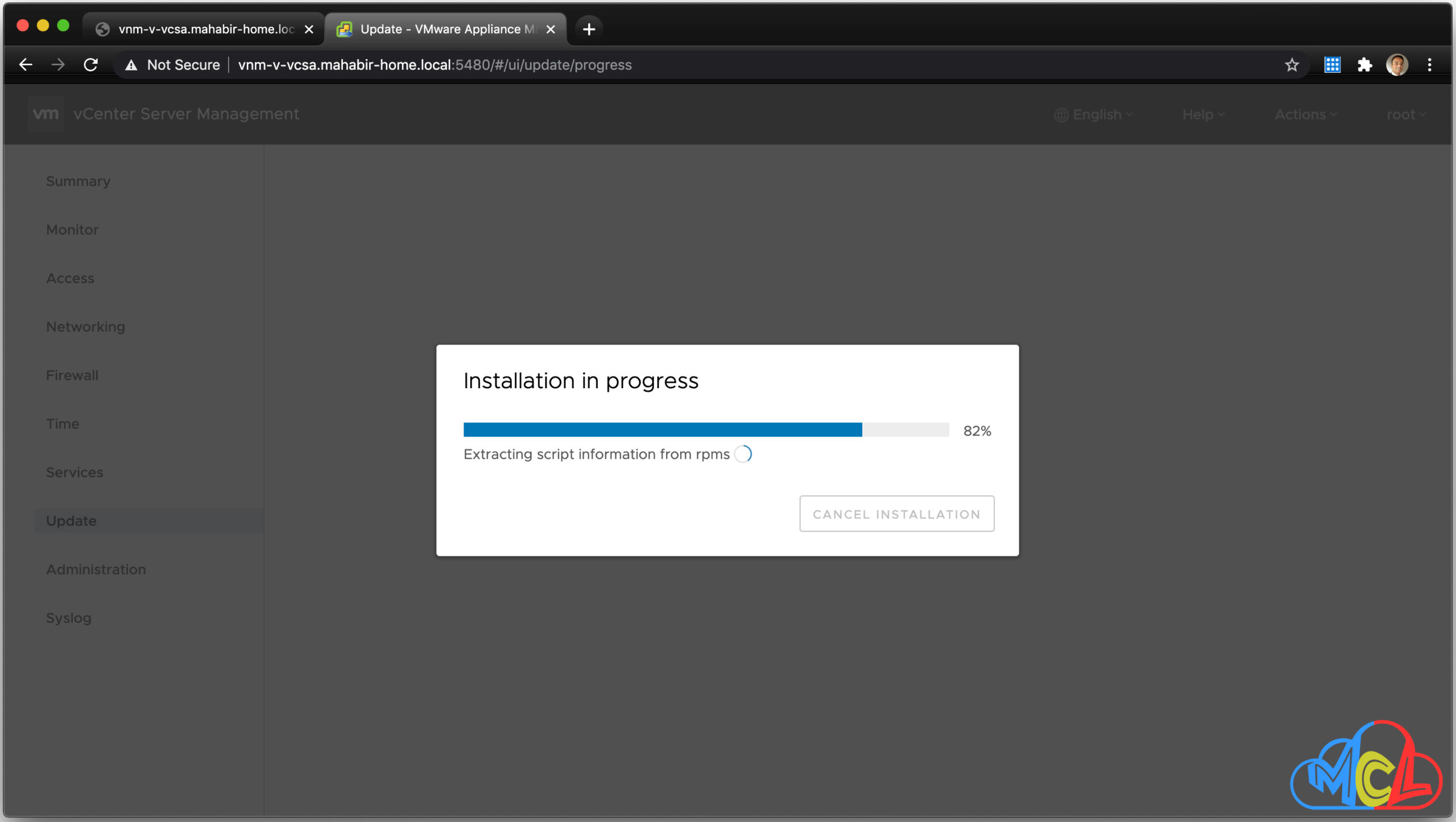 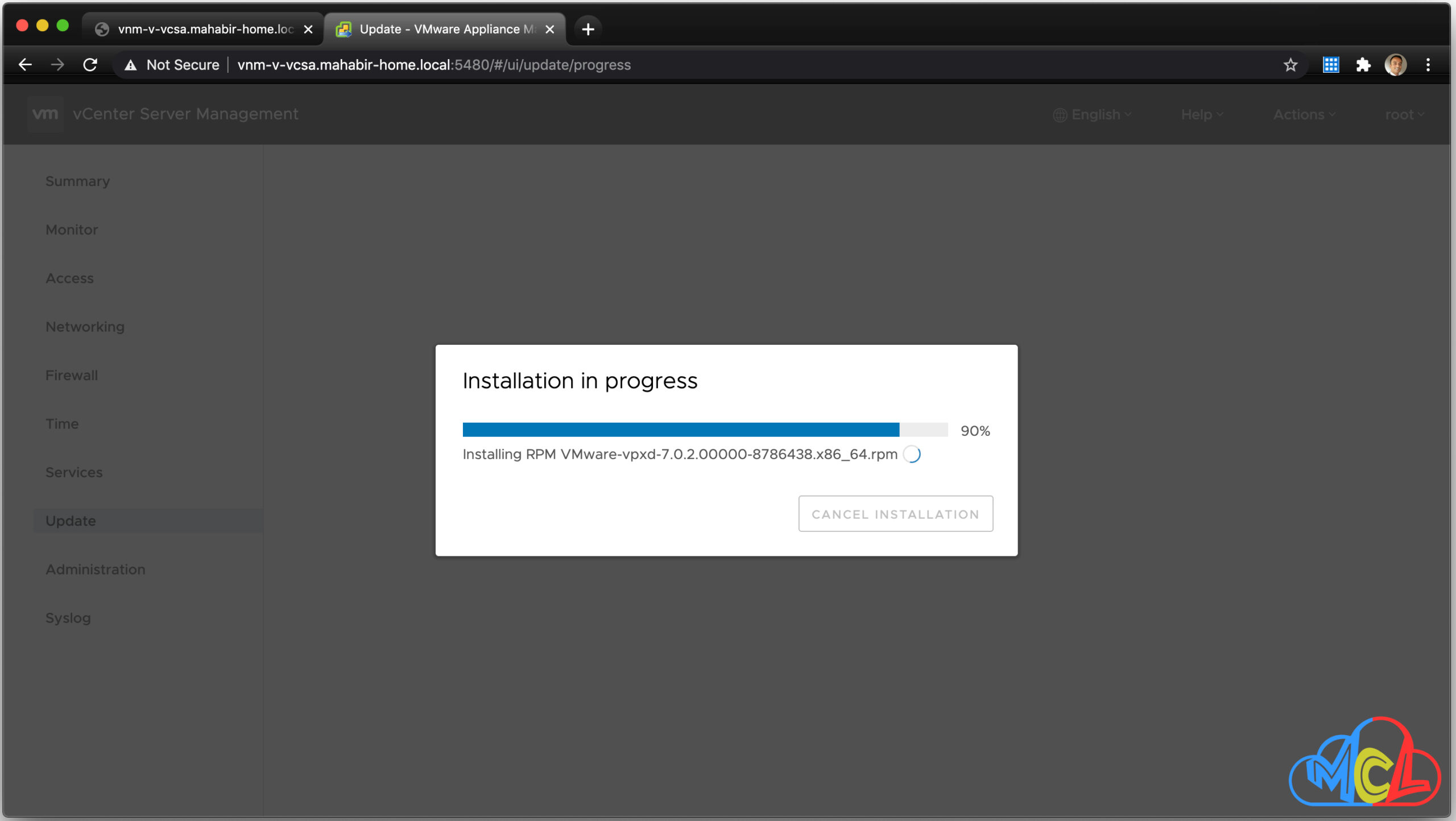 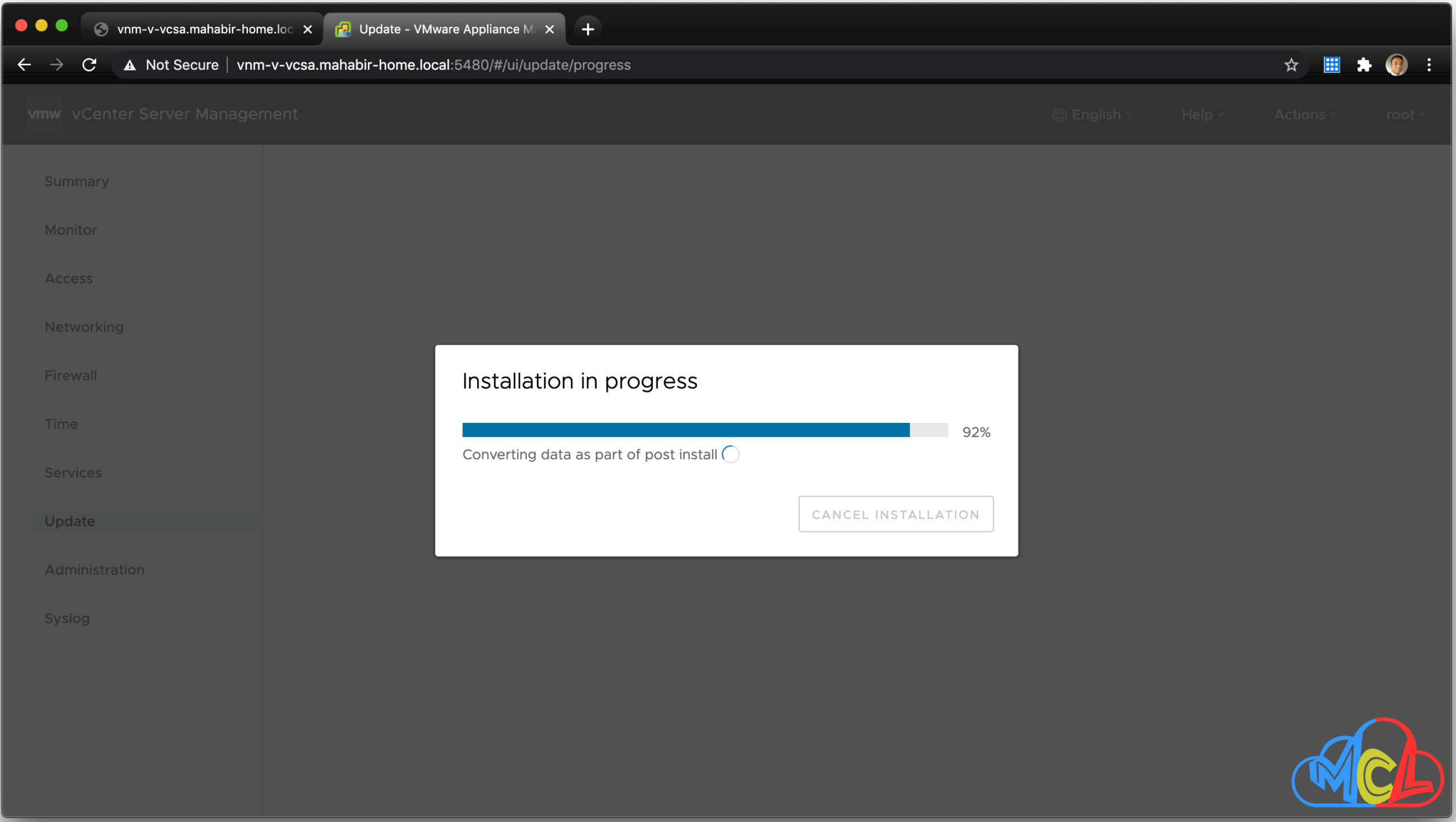 The last step is to restart the VCSA services allowing the newly updated system to become available again for usage. 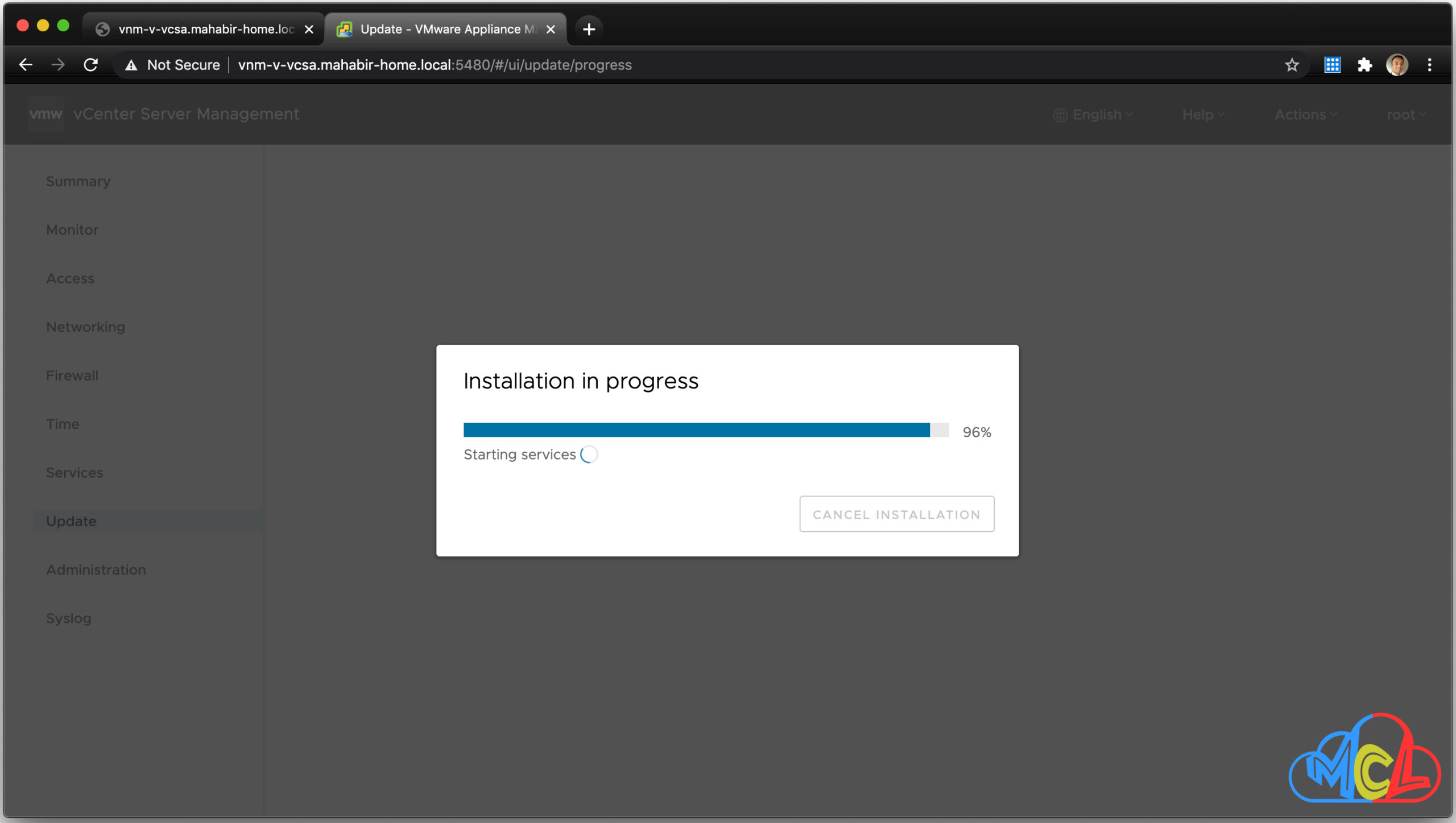 That’s it. All done!

You can check the new version of your VCSA from within the VAMI and also get it confirmed by the Update Planner where this seamless update process began. 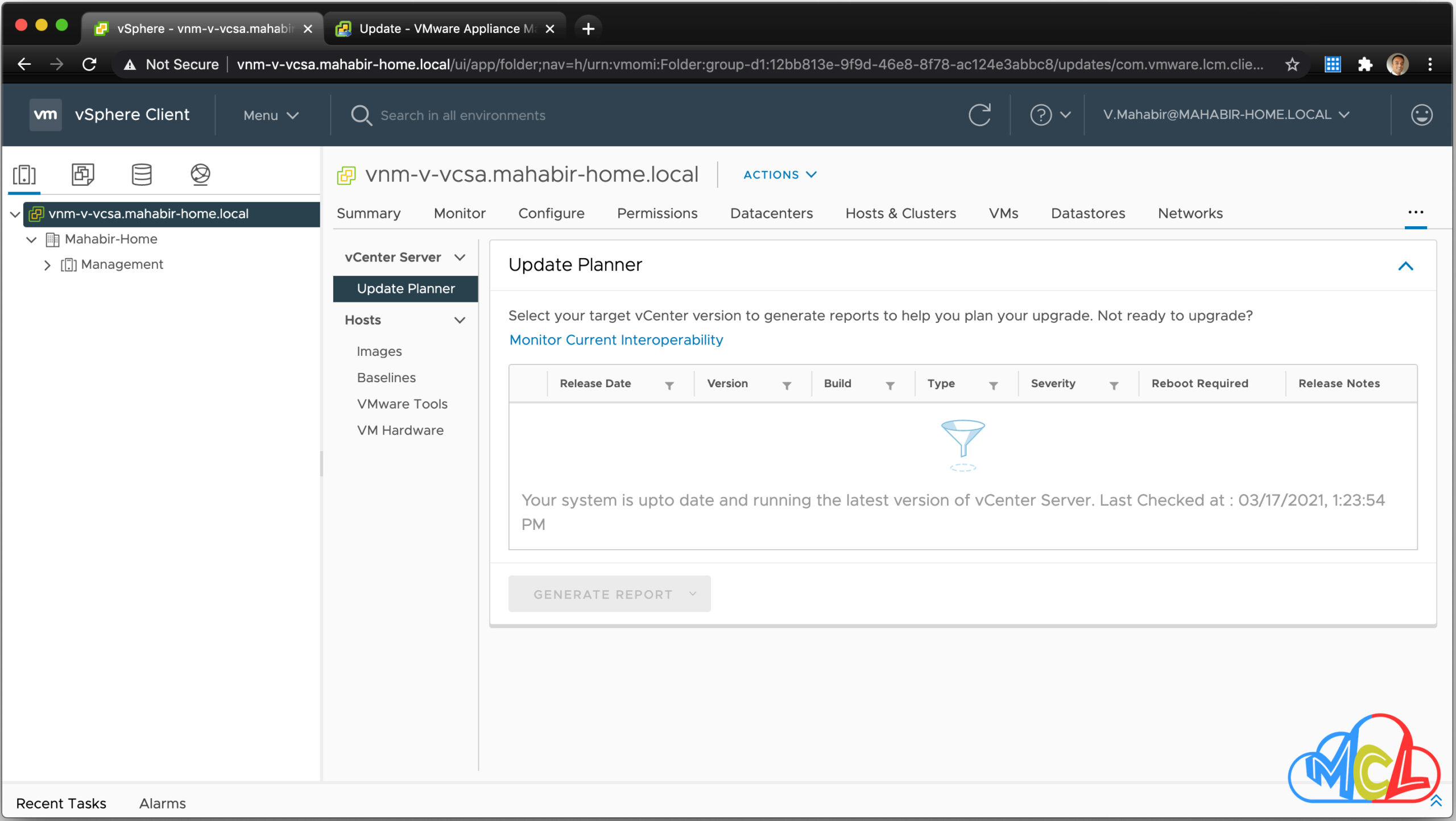 Do not forget to test correct workings of your updated vCenter. In case of issues that you are not able to resolve on your own; revert back to your VCSA backup (VM snapshot) and contact VMware Support to acquire assistance. However, chances of anything going sideways is quite slim. So, do not forget to delete your VM snapshot when all is ok. 😉

As you have seen, the update process is easy to use and quite fast (approx. 30 minutes). VMware has done a great job ensuring that any administrator can execute this process with just a few mouse clicks. I hope that this post is useful to those that are not yet familiar with this update process allowing you to have a detailed look into the process from start to finish before actually doing it on your own environment.

Manage Cookie Consent
To provide the best experiences, we use technologies like cookies to store and/or access device information. Consenting to these technologies will allow us to process data such as browsing behavior or unique IDs on this site. Not consenting or withdrawing consent, may adversely affect certain features and functions.
Manage options Manage services Manage vendors Read more about these purposes
View preferences
{title} {title} {title}