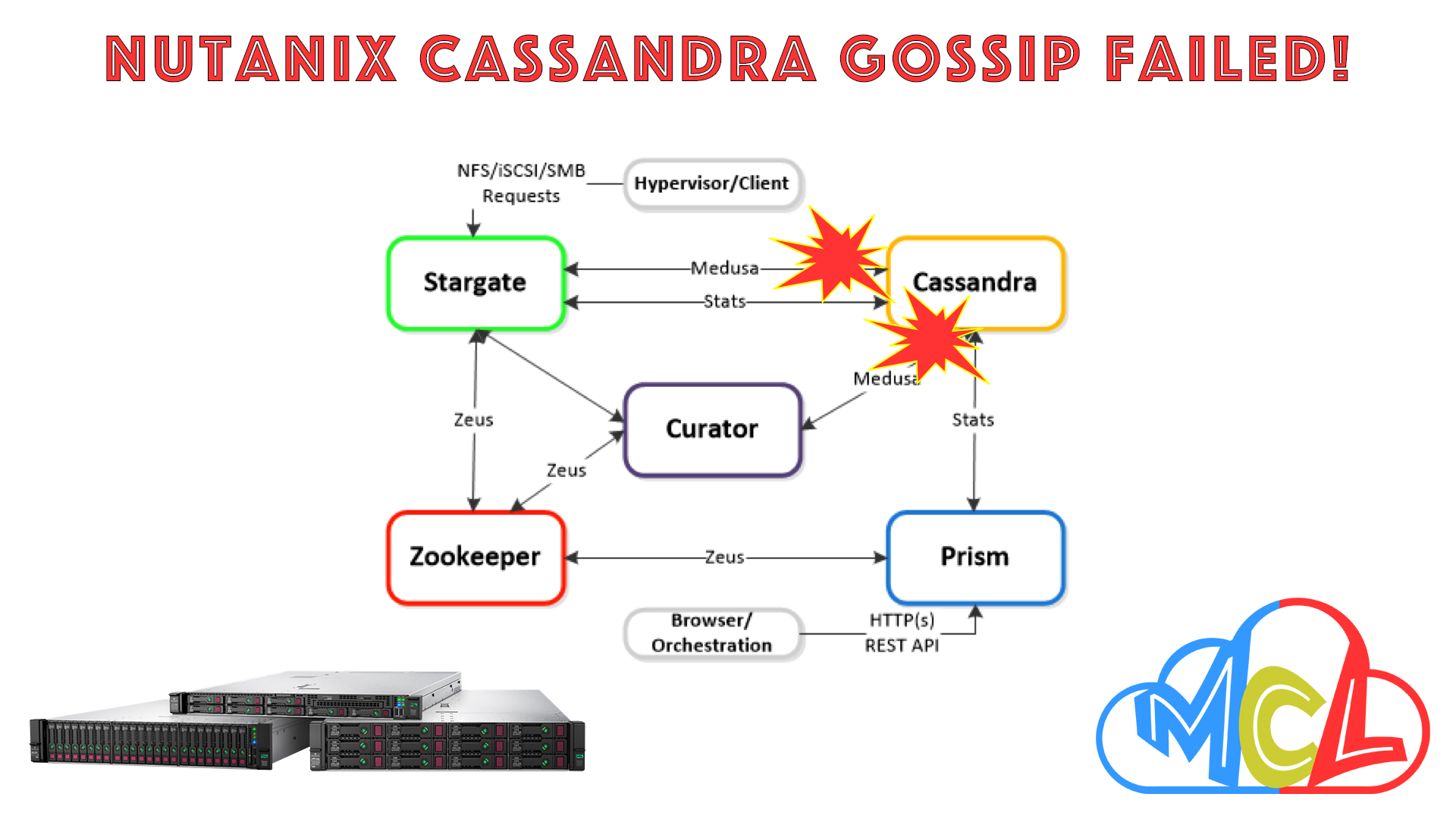 I want to share an interesting issue that I came across when expanding an existing Nutanix cluster with a new node. The existing cluster consisted out of several HPE Proliant DL380 servers whereas the new node was a HPE Proliant DX380 server. Why a DX model was chosen for the new node was not disclosed with me. Regardless, a Nutanix cluster consisting out of DL and DX servers is possible. DX models are fully integrated with Nutanix and are the result of a recent partnership between HPE and Nutanix. More information on this partnership and DX models can be found here.

Most of the installation process went like a breeze:

The problem occurred when Nutanix Prism started showing this node as an IP address instead of its’ FQDN in the Hardware page. There were no readings available for CPU, RAM, etc. like when a CVM is still in maintenance mode.

When checking via SSH and running “ncli host ls”, the respective CVM was showing up as “Under Maintenance Mode : null” . When running the command to set the Maintenance Mode to False “ncli host edit id=<Id> enable-maintenance-mode=”false””, the node appeared to become operational again and services started to become active. Well, it was short lived as Medusa gave an error stating “Cassandra gossip failed“:

What are Medusa and Cassandra?

Perhaps, this is a good moment to explain something about what Medusa and Cassandra do within a Nutanix cluster. 🙂

Distributed systems that store data for other systems (for example, a hypervisor that hosts virtual machines) must have a way to keep track of where that data is. In the case of a Nutanix cluster, it is also important to track where the replicas of that data are stored.

Medusa is a Nutanix abstraction layer that sits in front of the database that holds this metadata. The database is distributed across all nodes in the cluster, using a modified form of Apache Cassandra.

Cassandra stores and manages all of the cluster metadata in a distributed ring-like manner based upon a heavily modified Apache Cassandra. The Paxos algorithm is utilized to enforce strict consistency.

This service runs on every node in the cluster.  The Cassandra is accessed via an interface called Medusa.

Cassandra depends on Zeus to gather information about the cluster configuration.

Now, back to our issue. Of course, the next step was to call in the help from Nutanix Support as this is definitely not something that can be fixed by me.

Via a Zoom session, the assigned SRE (Service Reliability Engineer) investigated the situation and ran the following command on the new CVM:

Based on the above results, the SRE concluded that the issue is caused by incorrect BOX (Disk Array) internal SAS cabling. Nutanix will not mount any disks that are not in a specific order in terms of Controller / BOX / Disk location. All HPE DX units are supposed to have the BOX in the same order. Anything out of order is a defect even though all disks are visible on OS layer (CVM). To clarify, the expected output above should be 1-2-3 for the PORTs.

At this point in time, the advice of having the SAS cables recabled has still to be done after which I can confirm that the Cassandra Gossip is resolved. Thus to be continued…

MCL uses cookies to give you the best experience on our website. If you continue to use this site we will assume that you are happy with it.OkNo